The club's monthly meeting are held on the 2nd Tuesday of the month at 7:30pm at the Deakin Football Club. Our COVID-19 Saftey plan can be found under the Information menu.

This activity has met its maximum capacity, including the activity leader!

This will be a cold trip, temperatures will drop into the low minus so rug up warm and bring a good sleeping bag. Bendethera valley is great in winter, crisp and dry. The plan is to travel via Araluen and have morning tea at Dry Creek. From here will travel via Merricumbene fire trail. This track can be quite rutted and tricky in certain sections. There will be three water crossings that can be quite deep. We will depart Sunday midday and head out via Dampier fire trail and other tracks leading to Krawarree road. Parties may split up here to head to North Canberra. The rest will travel Snowball Road into Tallaganda National Park and eventually reach Michelago

Dave and Sue Hart rolled their Triton on a steep ascent on the Merricumbene fire trail. The vehicle rolled at Lat 35 Deg 45.2251 min Long 149 Deg 53.1920 min, they were 4.3km in on the fire trail. The vehicle was attempting to climb a steep slope and as they neared the top they encountered dense bull dust and cross axle holes which caused the vehicle to lose momentum. Dave Hart stalled the vehicle out but the vehicle slid back and the left passenger side rode up the left bank and this caused the vehicle to swerve to the right bank, where the wheels rode up the right bank and caused the vehicle to roll onto its roof. David and Sue were not hurt in the rollover and were assisted out of the vehicle. Assessment was made, and recovery exercise was carried out to right the vehicle. This too approx two hours. Vehicle was able to be started and was escorted out by Nick & Tom Pausina and Michael Patrick to Braidwood for towing. Peter Dunlop, Stuart Watts, Chris Bitmead and Matthew Thompson proceeded onto Bendethra to marry up with Glenn Watts convoy. Extra people on the trip was Nita, David Hart, Thomas Dunlop and Leo Thompson

Become a member to attend Trips 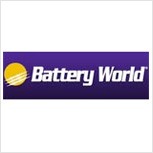 To be a Full Member you must own a suitable four wheel drive vehicle and hold a driver's licence. Basic Driver Training is provided only to the Full Members. Partners and family members of the Full Member are categorised as Family Members and may undertake Basic Driver training by becoming full members but pay only the annual membership fee component (not the joining fee) and may revert to family membership after 12 months. Details of all membership entitlements are provided at Section 3 (1) of the club by-laws.